What is the Alexander Technique? 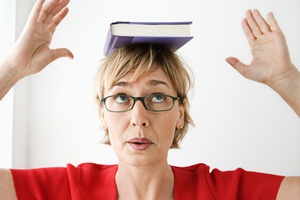 The Alexander Technique, named after its creator, Frederick Matthias Alexander, is a way of re-educating the body in proper posture and breathing that increases flexibility, reduces stress and reduces musculoskeletal pain, particularly of the neck and back. It is particularly favored among those in the performing arts who need their voices and bodies to convey a wide range of characters and emotions, but people from a wide variety of professions and lifestyles have benefited from the Alexander Technique.

Teachers of the Alexander technique say that our modern lifestyle has created an epidemic of people with perpetually tensed muscles in the head, neck and back due to misaligned posture and stress. The time spent sitting at a desk, hunched over a computer, texting, talking on the phone, or even just reading or driving can cause muscle tension that leads to chronic pain.

A randomized, controlled study performed by researchers at the University of Southampton in the UK and published in the British Medical Journal (BMJ) found that 24 sessions of the Alexander technique may be helpful in relieving chronic and recurrent back pain, with six sessions followed by a prescription for exercise being nearly as effective as 24 in the long-term reduction of pain.

In the Alexander technique, a trained practitioner uses gentle hand contact and verbal guidance to help the student become aware of how they move and use their muscles in an ingrained way that causes and sustains pain. A teacher of the Alexander method will take note of a student’s posture, movements and the amount of muscular tension in their body as the student performs a variety of movements. It is not a form of exercise, but rather a way of re-training the body to sit and move in a healthy way.

Although the Alexander technique is not considered physical therapy, many people find it makes a huge difference in the amount of pain they experience. Dr. Jack Stern, professor of neurosurgery at the New York Medical College says, “By teaching people better body mechanics, it frequently enables patients to do away with pain – even the pain of a herniated disk – without having to undergo surgery.”

Alexander technique practitioners say that babies have perfect posture and move easily, but that at about the age when we learn to write, our muscles start to take on bad habits. The technique particularly targets the correct positioning of the head. With two-thirds of our head’s weight resting in front of the spine, it can put a lot of strain on our neck muscles, which work hard to keep it balanced, particularly when we are bent over our electronic devices. It is usual for most people to have their head and shoulders chronically misaligned, with the chin too far in, the head tilted too far back, etc. The Alexander technique teaches the student how to adopt a more relaxed posture that takes the stress off the neck and how to move in a way that keeps the head balanced while relaxing the neck muscles.

Using the Alexander technique together with regular chiropractic care can make a major difference in reducing chronic pain in a way that is non-invasive and drug-free.