What is “Enzyme Therapy” and How Can it Help You? 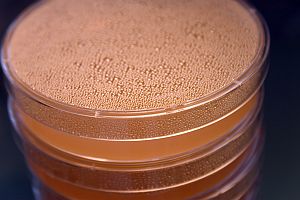 “Enzyme therapy” is a very broad term that can refer to any of a wide range of (mostly alternative) medical treatments intended to address particular health problems. What they all have in common is that they use enzymes—large biological molecules (usually proteins) that play key roles in the body’s metabolic processes—to improve a patient’s health. This article focuses more specifically on what is sometimes called “systemic enzyme therapy”, which is different from “enzyme replacement therapy” (the process of supplementing enzymes that are absent or deficient) and usually involves strengthening or balancing the body’s digestive or immune systems.

Some of the earliest systemic enzyme therapy work was conducted in the early 20th century. In 1902, Dr. John Beard, a Scottish embryologist, promoted the idea that pancreatic proteolytic digestive enzymes could be used in helping to protect the body against cancer. Medical literature of the time documented many cases of tumor regression, as well as remission, from pancreatic enzyme treatment of patients that had been terminally ill. In 1923, when Dr. Beard died, interest in his therapy withered away and remained largely forgotten for many years.

Because of the stomach’s highly acidic environment, Dr. Beard believed the enzymes needed to be injected, but more recent research suggests that pancreatic enzymes can be taken orally because they remain acid-stable in the stomach, and are ultimately absorbed into the bloodstream, where they are reported to essentially “eat” cancer cells.

During the 1960s and 1970s, a Texas dentist named Dr. William Donald Kelley used Dr. Beard’s work to treat his own cancer diagnosis and to help thousands of other cancer patients. In the early 1980s, Dr. Nicholas Gonzalez, then a medical student, learned of Dr. Kelley’s work and undertook research to prove the legitimacy of the therapy. However, a combination of negative findings and unreliable results from government-funded studies has led to continued skepticism in medical circles. In particular, it has reinforced the belief that no nutritional therapy could have a positive effect on patients with advanced cancer. Despite these setbacks, Gonzales continues his use of enzyme therapy, using a three-part regimen of “diet, aggressive supplementation with nutrients and pancreas product (containing naturally occurring enzymes), and detoxification.” Each patient receives an individualized therapy, with some put on a strict vegetarian diet and others eating fatty red meat a few times each day.

Systemic Enzyme Therapy and Other Conditions

While systemic enzyme therapy has received a great deal of popular attention as it relates to alternative cancer treatments, it is being used in other ways as well. In many cases, systemic enzyme therapy is being used to aid the body’s digestion, help maintain a balanced metabolism and support the immune system. Many practitioners believe that enzymes may play an especially useful role in counteracting the negative effects of inflammation in the body.

Among the conditions that enzyme therapy has been used to treat are the following:

Modern food preparation can destroy many or all enzymes in what we eat, making the food’s nutrition harder to absorb. Enzymes extracted from papaya, pineapple or other plants, or from animal organs, can make up for what modern cooking methods take away.

It’s important to note that this therapy can have side effects, including acne, nausea, diarrhea, vomiting, bloating, gas, heartburn, and more bowel movements. Many practitioners attribute these side effects to the body cleansing itself of toxins. They note that regular exercise and drinking eight to ten glasses of water a day can reduce the severity of these symptoms by helping the body more effectively eliminate the toxins that cause them.