What Being Angry Does to Your Health 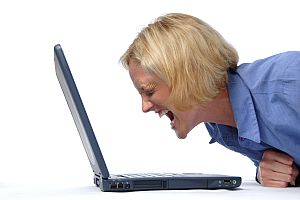 Mental health researchers in California have estimated that one in five Americans has an anger management problem. If so, according to a systematic review and meta-analysis just published in the European Heart Journal, that anger may be killing them by triggering heart attacks.

The study, conducted by researchers at the Harvard School of Public Health, analyzed the findings of 9 previous studies that included over 4,500 cases of heart attack, 462 cases of acute coronary syndrome (heart attack or angina), over 8,000 cases of stroke, and over 300 cases of acute heart rhythm problems. What they found was that having an angry outburst greatly increases your risk of having a heart attack or stroke in the hours immediately following the incident.

The critical period seems to be within two hours of an angry outburst. The findings indicate that a person’s risk of heart attack or acute coronary syndrome increases five-fold during that period. During the same two-hour “anger window,” a person’s risk of stroke increased nearly four-fold. Their risk of ventricular arrhythmia (a dangerous heart rhythm disorder) also increased. Risk was highest among those who got angry more often, and among those who had prior heart problems and other existing cardiac risk factors.

The association of anger and heart trouble is not a new idea, because anger has long been associated with increases in heart rate and blood pressure, which have immediate impact on the body’s reaction to stress, and which can have immediate adverse consequences.

The researchers pointed out that their findings say little about the risk to any one person for having heart trouble immediately after any single outburst of anger, but they did indicate a broader pattern that deserves attention. Study leader Elizabeth Mostofsky said, “Although the risk of experiencing an acute [heart] event with any single outburst of anger is relatively low, the risk can accumulate for people with frequent episodes of anger. This is particularly important for people who have higher risk due to other underlying risk factors or those who have already had a heart attack, stroke, or diabetes.”

Explaining that the study’s findings indicates that certain groups of people are more at risk than others, Mostofsky continued, “For example, a person without many risk factors for [heart] disease who has only one episode of anger per month has a very small additional risk, but a person with multiple risk factors or a history of heart attack or stroke, and who is frequently angry, has a much higher absolute excess risk accumulated over time.”

Extrapolating from the data, the researchers estimated that among people with low heart risk who get angry only once a month, angry outbursts could trigger one extra heart attack per 10,000 people. But among those who have higher heart risk and get angry often, angry outbursts could trigger four extra heart attacks per 10,000 people.

This information may become useful in the fight against heart disease by helping doctors to better identify patients who are at increased risk because of their frequent outbursts of anger. Dr. Suzanne Steinbaum, preventive cardiologist a Lenox Hill Hospital in New York, says, “In managing a patient with [heart] disease, it is important to ascertain if the patient is quick to react when it comes to the anger response, as this personality trait may increase the risk of heart attacks and be worth treating. Whether it be a behavioral intervention or medication, as physicians, we need to ask the patient about anger, as they can increase the risk of heart attacks and may need to be a part of how we counsel our patients to take care of themselves.”