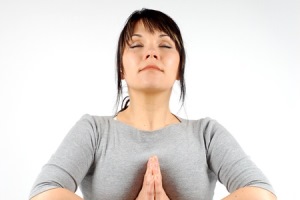 “Take a deep breath.” It’s something we say to each other—and even to ourselves—when the going gets rough and we need to get our emotions under control. But it turns out that this bit of advice isn’t only useful in helping us recover our composure. When practiced on a regular basis, deep breathing can have real physical and mental health benefits.

Many health researchers and clinicians recommend controlling your breath as an easy way to improve your health. The benefits of slow, deep breathing include decreasing inflammation, reducing anxiety, improving heart health, reducing pain, and boosting your immune system. In addition, people with migraines and irritable bowel syndrome may also experience benefits from deep, consistent breathing.

How does it work?

Deep and slow breathing stimulates the vagus nerve. This nerve connects the brain stem with the abdomen, and it is part of the parasympathetic nervous system. This system is responsible for so-called “rest and digest” activities. For example, it causes the heart rate to decline when we exhale. The sympathetic nervous system, on the other hand, controls our “fight or flight” responses.

The vagus nerve is activated when we slow our breathing to around 5 to 7 breaths per minute (our usual pace is around 12 to 18 per minute). In addition to slowing our heart rate, the vagus nerve controls the release of various neurotransmitters, such as acetylcholine. Acetylcholine slows both our heart rate and digestion and has anti-inflammatory properties. In fact, for people with severe conditions such as epilepsy, there are devices available that can stimulate the vagus nerve.

How can we learn to breathe more deeply?

Deep breathing is often taught in meditation and yoga classes. Experts say it is important to breathe in through the nose and exhale through the mouth, ensuring that the exhale is longer than the inhale. Breathing should focus on the abdomen, particularly on the inhale, rather than the chest and shoulders.

To help people become more aware of their own breathing patterns, a San Francisco startup company has developed a wearable device called Spire, which helps users track their breathing and know when to slow down and take a deep breath. The basic idea is that you don’t have to stop what you are doing in order to shift into a calmer, more healthful breathing state. This device may be particularly useful for some computer users, whose breathing seems to change significantly while they’re doing their work. At one end of the spectrum, some individuals tend to hold their breath—a condition known as “screen apnea”. At the other end of the spectrum are the rapid breathers. A small study by Neema Moraveji, co-founder of Spire and director of the Calming Technology Lab at Stanford University, showed that people working on a computer took an average of 16.7 breaths per minute, versus 9.3 breaths a minute when relaxed.

However we choose to approach our own breathing, whether through meditation, yoga, or wearable devices, there’s growing evidence that becoming more mindful—and taking greater control—has real health benefits. So take a deep breath and get started!