The Hygiene Hypothesis: Are We Too Clean for Our Own Good? 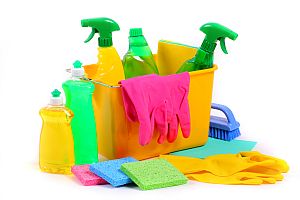 Our ancestors would almost certainly be shocked by our obsession with hygiene and cleanliness: our compulsive washing with antibacterial soaps, our airtight doors and windows, our vacuum cleaners with HEPA filters. They might shake their heads and say, “A little dirt never hurt.” In fact—even though practicing basic hygiene and staying germ-free does prevent the spread of disease—a little bit of dirt may actually be a good thing.

Hundreds of years ago, at a time when the standard for hygiene was considerably lower than it is now, humans experienced far fewer instances of allergies and other immune system diseases than we do today. A medical theory, known as the “hygiene hypothesis” (also sometimes known as the “biome depletion theory” or the “lost friends theory”), states that a lack of early childhood exposure to infectious agents, symbiotic organisms (probiotics or gut flora), and parasites causes a suppression of the natural development of the immune system. The result is an increased incidence of allergic diseases and the development of immune tolerance.

First proposed in 1989 by D.P. Stracham, the hygiene hypothesis proposes that the lower incidence of infection in early childhood and “reduced microbial exposure” were the reason for the huge rise in chronic inflammatory diseases (CIDs), which include not only asthma but other diseases such as type 1 diabetes, multiple sclerosis, some forms of depression, and cancer.

The basic concept of the hygiene hypothesis is that our bodies’ immune systems, which evolved to fight bacterial, viral, and parasitic infections, have too little work to do in our new, hyper-clean environments. This “not having enough to do” syndrome was sped up with the introduction of vaccines and antibiotics, which again gave the immune system less to do in terms of fighting real infection. As a result—according to the hypothesis—our immune systems have become more likely to interpret less threatening and completely normal substances in the environment, such as pollen, mold, dust, dust mites, and animal dander, as dangers and react to them as if they were powerful allergens.

There is certainly anecdotal evidence to support the hygiene hypothesis: children who grow up in large families with pets or in rural areas where they are exposed to animals seem to develop far fewer cases of asthma and severe allergies than other children. The hygiene hypothesis interprets this as a cause and effect scenario—the children are exposed early to mild germs and infections that help their immune systems develop naturally, which teaches their immune systems to differentiate between harmless substances in the environment and the more harmful substances that trigger asthma.

Proving the hypothesis is more difficult, however, partly because the immune system is complex and partly because it is difficult to design ethical studies of children in which the factors being studied can be adequately controlled. Certainly the increased use of probiotics—the successful introduction of live but benevolent bacteria to the intestines to treat stomach disorders—has tended to support the basic idea of the hygiene hypothesis. But for the time being, the hygiene hypothesis remains just that—a hypothesis that has not yet been proven or disproven in controlled experiments.

As a result, not even strong proponents of the hygiene hypothesis suggest that parents intentionally expose their children to more infectious organisms to stimulate their immune system. What they do instead is remind them that there may be a strong benefit to encouraging children to play with other kids (who may or may not have normal childhood diseases) or to exposing children to the normal bacteria and animal dander that can be found in a house with pets. They suggest that keeping the children “safe at home” in an airtight, hyper-clean environment may in fact not be keeping them safe at all.