Chiropractic Care and the 2014 Winter Olympics 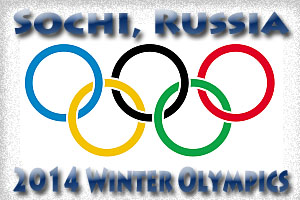 The 2014 Winter Olympics are underway! There have already been some amazing spectacles, and we’re all hoping for the games to continue without any serious injuries or disruptions. It’s a great opportunity for us to admire what the world’s finest athletes can accomplish. At the same time, it’s also a great opportunity for us to get more insight into how these athletes prepare themselves and to recognize the teams of professionals that help them achieve their dreams.

Chiropractic physicians are onsite in Sochi to help competitors perform at their best and to help them avoid and recover from injuries. Chiropractors have actually been involved in the training of Olympic athletes since the late 1960s, when doctors of chiropractic joined the medical specialists treating and supporting various national teams. Chiropractic became an official part of the Olympic training sports medicine program in 1980. It was offered onsite to athletes for the first time as one of the core services at the Polyclinic during the London Olympic Games in 2012.

As a healthcare discipline, chiropractic is a perfect “match” for the rigors of Olympic training and competition. These athletes train hard and place demands on their bodies that most of us never imagine. The intense levels of competition place unusual amounts of strain on the musculoskeletal systems of the athletes’ bodies. Many become injured during training, and need periods of recovery and rehabilitation before they can return to training, or to the Games themselves.

Before chiropractic care became an integral part of Olympic training (and the Olympic Games themselves), athletes often had to rely on pain-killing drugs and potentially invasive medical procedures to treat their injuries. With chiropractic care now available, they have a much wider range of options to choose from. Doctors of chiropractic (DCs) are able to bring injured athletes back to health—and to help keep them healthy—during training and competition with using drugs or surgery.

Michael Reed, a chiropractor and the Team USA Medical Director for the 2012 Games, said about inclusion of chiropractic services at the Polyclinic in London, “This is an historic event not only for the chiropractic profession, but also the athletes who will now have access to the care that will help them prepare their bodies for competition. These athletes train hard and endure significant physical demands. Sports-focused DCs, along with other members of the sports medicine team, are specially skilled to assist them in reaching peak performance.”

The staff of the Sochi Polyclinic (a huge complex that provides 24-hour medical services to the athletes) similarly contains a number of DCs, who will be working alongside medical doctors, sports medicine specialists, and therapists to keep the athletes of all participating countries healthy… and participating. As William Moreau, DC, Managing Director of Sports Medicine for the U.S. Olympic Committee says, “The athletes who comprise Team USA are the hardest-working, hardest-training and most amazing people I’ve ever treated. The athletes we see are akin to BMW racing machines; their joints and muscles are so finely tuned that small differences make notable changes.”

Dr. Moreau will be onsite at the Sochi Games supervising a staff of 28 physicians, 6 of whom are doctors of chiropractic. Of course, chiropractors will also be present on the national medical teams supporting other countries’ athletes. It’s nice to know that all the athletes participating in Sochi will be in very good hands!