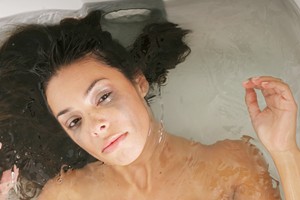 But several of the important benefits of chiropractic care only become apparent after the birth. The hormonal and postural changes of pregnancy, combined with the stress of delivery itself, often cause severe symptoms of postpartum depression after the baby is born. Chiropractic adjustments during this recovery period can help to reduce the likelihood of postpartum depression, quicken recovery time, and help new mothers to re-normalize their pelvic and spinal structures.

At least one 1975 study published in the Journal of the American Osteopathic Association indicates that “post-partum depression is a rarity in patients receiving…manipulative [adjustment] therapy.” And the first-hand reports from the new mothers seem to reflect this same finding—many cite regular post-delivery chiropractic care as being as important to their overall mental health as it was to their physical health during the pregnancy itself. Intuitively, you can easily understand why this would be the case. Not only is the new mother’s body trying to return to some semblance of “normalcy” after nine months of pregnancy and the stress of delivery, it’s doing so during a period when they are “new mothers.” They aren’t getting enough sleep, they are so busy taking care of their new babies that they often don’t have the time to eat properly themselves or get enough exercise, and their hormones are still going crazy.

Doctors of chiropractic can offer a great deal of support during this critical period, ranging from “hands on” adjustments, relaxation therapies, and massage treatments to nutritional, exercise, and lifestyle advice that help new mothers’ bodies grow stronger. And, of course, chiropractic does this the same way it addresses other problems – in a holistic manner, without drugs and without surgery, aiming at helping the body heal itself.

From a biomechanical point of view, your “post-partum” period lasts for a full year after giving birth. It takes that long for the hormone relaxin– so essential in facilitating the bone and connective tissue changes necessary to give birth – to leave the body. During this time, the hormone continues to affect your ligaments, spine, and pelvis. It can produce pain and feelings of instability that make it difficult to stand and walk normally. These physical changes are magnified emotionally, as your hormone levels change and you deal with the pressures of being a new parent.

So even if you didn’t take advantage of chiropractic care during your pregnancy, consider using it during this period after the baby has been born. It can help in many ways, and anything that helps to re-establish your normal sense of health and well-being is good for your baby, too.