Children and Caffeine: What Parents Should Know 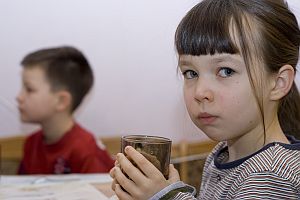 The next time you pass a Starbucks, pause for a moment and imagine that the customers inside drinking their lattes and Grande Espressos are your children. Then imagine them ingesting a drug (caffeine) that is known as a powerful stimulant with a proven history of producing nervousness, restlessness, irritability, high blood pressure, insomnia, headaches and heart palpitations. Finally, consider that this exercise in imagination may not be all that far off the mark.

That is the key finding of the Centers for Disease Control and Prevention (CDC) in a 2014 study published in the journal Pediatrics. The researchers found that nearly three out of four children and young adults in America (73%) consume some caffeine a day, mostly from soda, tea, and coffee, but also from an alarming number of “energy drinks.”

This study comes as part of an investigation undertaken by the U.S. Food and Drug Administration (FDA) into the safety of foods and drinks that contain caffeine—especially their effects on children and teens. In response to numerous reports of hospitalizations and even deaths after the consumption of highly caffeinated drinks or “energy shots,” the investigators analyzed health surveys containing data on over 22,000 subjects aged 2 to 22.

Many foods contain caffeine (including chocolate, candy bars, some jelly beans, and marshmallows), but most of the caffeine ingested by small children comes in the form of soda. The rise in the use of energy drinks—although they account for only 6% to 10% of children’s daily caffeine intake—is seen as particularly alarming, because many of these drinks contain even higher amounts of caffeine than soda.

The FDA study found that the average caffeine intake among participants was about 60-70 milligrams—roughly the same amount of caffeine present in a six-ounce cup of coffee or two sodas. However, this finding does not necessarily mean that this level of caffeine consumption is safe for children. In fact, while the FDA has classified caffeine as GRAS (generally recognized as safe), that classification is based solely on its use by adults. There is actually no current body of research analyzing its possible detrimental effects on children. Nakia V. Williams, M.D., a pediatrician at the Henry Ford Health System, says, “There haven’t been a lot of studies of caffeine in young children, but we do know that children suffer from similar side effects as adults, and that on average these side effects can occur at lower doses given the smaller body sizes.” The American Academy of Pediatrics (AAP) recommends against caffeine consumption for children and teens because of possible harmful stimulant effects as well as the possibility of it worsening anxiety in children already suffering from anxiety disorders. The AAP holds the clear position that “stimulant-containing energy drinks have no place in the diets of children and adolescents.”

So if you have kids, think twice before allowing them to consume soda and other drinks that contain caffeine. Pediatricians are unanimous in suggesting that they would be better off drinking water, reasonable amounts of fruit juices, milk, and other non-caffeinated beverages.